Jiu-jitsu is one of the more famous martial arts in the world, and you have probably heard of it at some stage. What you may not realise is that there are two major forms of jiu-jitsu, the original and more popular version that came from Japan and a newer, more modern style of jiu-jitsu that was formed in Brazil. However, in a little more than a century, Brazilian jiu-jitsu has gained remarkable prominence in many fighting competitions including the UFC, and there is one simple reason behind this: it is extremely effective. Here is how Brazilian jiu-jitsu is more effective than traditional or Japanese jiu-jitsu.

While both jiu-jitsu practices do have a focus on manipulating the body, traditional jiu-jitsu does this while standing up by throwing the opponent and moving their body weight in ways they don't expect. Brazilian jiu-jitsu is almost entirely played out on the ground. Fighters try to submit one another with a variety of techniques ranging from chokes to locking parts of the body until the opponent submits. On the ground, opponents are much more even and the size advantage fades away, which is why many Brazilian jiu-jitsu practitioners can defeat opponents far bigger than themselves.

There is no doubt that Brazilian jiu-jitsu is more aggressive than its traditional counterpart. In Japanese jiu-jitsu, you are waiting for your opponent to make a move before you respond to it and utilise their momentum against themselves. In Brazilian jiu-jitsu, all you want to do is get your opponent to the ground and in a position where you can get in control of one of the more vulnerable parts of their body. While Brazilian jiu-jitsu might seem more uncoordinated and less visually pleasing to watch, as a fighting style it is very effective for any age or gender.

Brazilian jiu-jitsu does not hesitate to throw you into the action, and classes will often be comprised mostly of sparring after you have seen techniques demonstrated by an instructor. Of course, these sparring sessions aren't all at 100% speed and are more about getting the feel for the methods you are trying to learn without hurting anyone, but there are a lot more of them than in traditional jiu-jitsu. Traditional jiu-jitsu has a lot of rehearsal and practice of movements without interacting with other people, which is great for exercise and muscle memory, but not as great for real-world fighting experience. 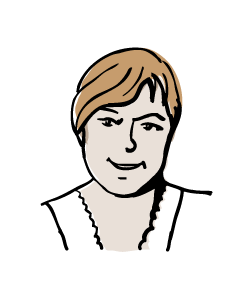 Many people do not get enough exercise because they feel like it is a massive effort to go to the gym, the local swimming pool or tennis court. However, if you want to get into recreation and sports, you can bring these activities right onto your property. I was lucky enough to meet a guy who is an expert in enjoying recreation and sports at home. He taught me lots of cool things and assisted me as I installed a tennis court and swimming pool on my property. Now, I invite my friends around so they can get involved in all the fun that different sports can offer.